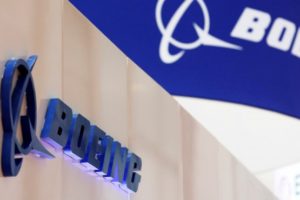 Boeing’s service department announced that it was awarded with nearly 1 billion USD in deals as part of the company’s efforts to triple its annual revenue to 50 billion USD over the next five years. The airplane manufacturer is trying to increase the flow of funds to its business with services that include aircraft maintenance and repair, data analysis and pilot training.

“In the past 2017, the company’s revenue grew by 5.5% to 14.6 billion USD, and this year’s growth is even higher”, said the CEO of Boeing Global Services, Stanley Deal. “Over the next five to ten years, we will achieve this long-term goal”, added he, referring to revenue growth, adding that “surely” would include acquisitions. In his words, the areas in which the company has an interest in expanding its activities are those of the aircraft interior and data processing.

Among the deals announced today is the exchange of equipment with Japanese ANA Holdings and Malaysian Airlines. The company also received an order from DHL to produce a 767-300ER cargo aircraft.

Currently, Boeing Global Services revenues are evenly distributed between military and commercial customers. However, according to Stanley Deal, the expectations are with time that the scales are tilted to the civilian sector.

According to him, this will be due to strong sustained growth in passenger aviation, as well as good predictions, especially for the Asia-Pacific region.