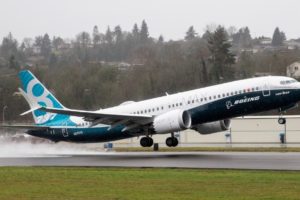 Boeing engineers knew about the safety-alert problem with the dangerous angle of attack already in 2017, about a year before the first deadly crash of Lion Air’s flight JT610 in Indonesia. Boeing didn’t share information about a problem with a cockpit safety alert for about a year before the issue drew attention with the October crash of a 737 MAX jet in Indonesia, and then gave some airlines and pilots partial and inconsistent explanations, according to industry and government officials.

The feature at issue is known as the Angle of Attack (AOA) Disagree alert and was designed to let pilots know when two different sensors were reporting conflicting data.

It was only after a second MAX accident in Ethiopia nearly five months later, Boeing became more forthcoming with airlines about the problem.

“In 2017, within a few months after the start of the 737 MAX shipments, Boeing engineers determined that the 737 MAX display system software did not meet the requirements for the AOA (angle of attack sensor)”, says the statement of Boeing. It was decided that the AOA indicator was installed on airplanes as an additional function at the request of the airline purchasing the aircraft. At the same time, the manufacturer concluded that the lack of a warning sensor “did not adversely affect the safety or operation of the aircraft”.

Boeing said in a statement that the company’s management did not have information about problems with the sensor. It became aware of them only after the disaster in Indonesia, which killed 189 people.

However, the 737 MAX family continued to operate without software changes until the Ethiopian airline crash, which killed 157 more people.