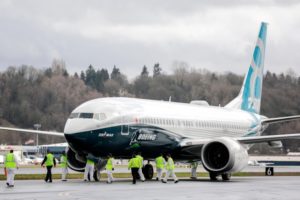 Boeing first-quarter deliveries and orders dropped sharply amid 737 Max groundings and the accident with the Ethiopian Airlines plane. The US aircraft manufacturer even received zero new orders in March for the 737 MAX, with total orders for the first quarter halving to 95 aircraft, compared to 180 a years earlier. The disclosure highlights the mounting uncertainty among customers, Boeing investors, and suppliers about when the new MAX version of the 737 might return to flight following the global grounding of the plane after two fatal crashes.

The groundings forced Boeing to freeze deliveries of the 737 Max, which had been its fastest-selling aircraft.

Boeing announced Friday that it’s cutting production by 20% as it tries to find a software fix to get the planes flying again. They’ve been grounded since the second crash in mid-March.

Still, Boeing is ahead of its European rival Airbus, which last week said it had won 62 gross orders during the first three months of 2019, but some 120 cancellations left it with a negative net order.

Chicago-based Boeing’s first-quarter 737 deliveries tumbled about 33 percent, pushing total aircraft deliveries down 19% to 149 from a year earlier. Boeing delivered just 11 Max in March before the suspension.