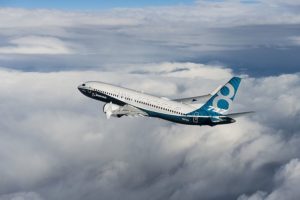 Boeing speeded up putting 737 MAX in production because of the fierce competition with the European rival Airbus.

Former and current employees of the company told that Boeing initially intended to create a new plane from the scratch, which would take about ten years. However, in spring 2011, CEO James McNerney learned about the upcoming deal between American Airlines and Airbus for the supply of A320neo, which would mean for Boeing a loss of market dominance. Then the management of the American manufacturer decided to cancel the creation of a new liner, and instead urgently updated Boeing 737.

Project 737 MAX was launched with three months delay, and six months later the company was already preparing the flight documentation of the new airliner. In September 2012, Boeing started offering new aircraft to the airlines, and in July 2013, its final configuration was issued. The first aircraft 737 MAX 8 was delivered in November 2015 – the entire cycle of the liner creation took about four years.

One of the former designers of the aircraft company, who worked on the 737 MAX, 16 technical drawings were made for the new airliner – twice as much as usual. They were asserted twice as fast as usual, and the managers pulled people from other departments of the concern if someone left the project. One of the technical engineers from the project told that he received raw blueprints, without clear instructions, what tools to use for laying the wiring in the new aircraft. He was told that all the flaws will be corrected “later in the course of work”.

Today it was revealed that in 2018 Boeing spent 15 million USD n lobbying its interests in Congress, the Federal Aviation Agency (FAA) and other departments. The company used connections and influence to loosen state oversight and gain more authority to assess the safety of its aircraft.

Earlier it was reported that the US Department of Transportation has already begun to verify the certification process of the Boeing 737 MAX 8 aircraft after two similar air crashes in Indonesia and Ethiopia, in which a total of 346 people died. According to media reports, during the certification of the liner, FAA engineers actually transferred most of the security assessment authority to Boeing engineers. At the same time, during the initial tests, the shortcomings of the system for improving maneuvering characteristics were revealed.