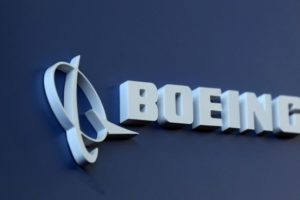 The US aircraft manufacturer Boeing forecasts a strong demand for aircraft from China, although the escalating trade war between the two largest economies in the world has created uncertainties for the company in the Asian country.

“Growth in China is maintained by the rising middle class in the country, which has tripled over the past 20 years, and is expected to double in the next 10 years”, said Boeing’s vice president of marketing, Randy Tinseth. “The future of commercial aviation in China looks exhilarating”, added he.

Boeing’s forecast does not include the impact of a geopolitical or economic conflict, but trade-related tensions between the US and China are likely to affect the company’s sales. At present, the US group retains its advantage in Asia over its major competitor in the industry – the European aircraft manufacturer Airbus. However, Boeing’s leading position is questionable because of the risk of introducing duties on imports of US commercial aircraft.

The airplanes have not been taxed so far. But the decision of Donald Trump’s administration to introduce duties on Chinese imports worth 200 billion USD creates uncertainty and it is unclear what will be the answer of Chinese President Xi Jinping. In April, the Chinese government proposed to introduce a 25% duty on the older Boeing 737 models.

The authorities in Beijing have set themselves the goal of turning the country into the largest aviation market in the world by 2022, shifting the US and this affects the increased competition between Boeing and Airbus.

“The government will seek to strengthen its co-operation with Airbus”, said Chinese Prime Minister, Li Keqiang.

For now, it seems that the US-China trade war has no effect on Boeing. China accounts for about 13% of the revenues of the US aircraft manufacturer in 2017. In the past year, the company has supplied 202 aircraft to Chinese airlines, while Airbus has delivered 176 orders in the Asian country.