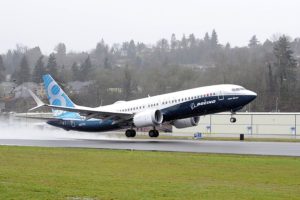 The US aircraft manufacturer Boeing suspended deliveries of its 737 MAX airliners after their flights were banned in the United States. Previously, many countries of the world banned their use and a number of countries closed their airspace for this model.

The bans were caused by the crash of the plane in Ethiopia, killing 157 people, and the earlier crash in Indonesia, which killed almost 190 people.

Boeing produces 52 airliners per month, but sources did not specify how many of them make up the Boeing 737 MAX family. However, according to them, the company continues to produce this model at a plant near Seattle, with plans to increase production from June. Manufacturers avoid production shutdowns, as this disrupts the supply chain and can lead to industrial disruptions.

Meanwhile, the aircraft manufacturer recommended the FAA to temporarily suspend the operation of the entire global fleet of 737 MAX aircraft in the amount of 371 aircraft. This happened after a series of consultations with aviation safety experts, customers and officials.

In turn, the company is still fully confident in the safety of the Boeing 737 MAX aircraft.

“On behalf of the entire Boeing team, we express our deepest condolences to the families and friends of those who died in the two tragic catastrophes of 737 MAX aircraft”, said Dennis Muhlenburg, President, CEO of The Boeing Company. “We support this decision as a precaution. Security is Boeing’s core value as we build airplanes. It’ll be this way forever. There is no higher priority for our company and our industry than security. We are doing everything possible, in partnership with the investigators, to understand the cause of the disasters that have occurred and to take measures to improve flight safety and help avoid the recurrence of tragedies”, added he.