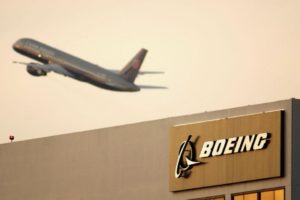 The US aircraft manufacturer Boeing presented to the media and experts the changes in its 737 MAX airplanes in an attempt to restore confidence after the two aircraft crashes, in which died 346 people.

At a press conference in the city of Renton, Washington, a representative of the company promised to do everything to prevent such crashes ever happening again.

The changes in Boeing 737 MAX give the pilots more opportunities to bypass the flight control system blamed for the crashes of the Lion Air and Ethiopian Airlines planes, which happened in last October and earlier this month. In addition, crew training will be improved to better understand how the system operates.

The initial version of the system has been subjected to hundreds of hours of analysis and testing and approved by the US Federal Aviation Administration.

However, the similarities in the two air crashes have questioned the work of the government.

“Only one hour will be required to make changes to aircraft systems”, says the statement of Boeing.

In addition, all 737 MAX airplanes will be equipped free of charge with a light signal warning for flight control system malfunctions. So far, it was extra equipment, which was installed for a fee.