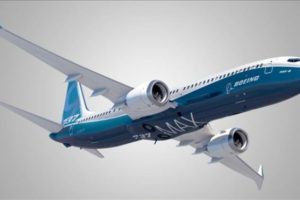 Boeing lowers production of 737 aircraft from 52 per month to 42 per month. This was announced by CEO Dennis Muilenburg.

The change of production takes place at a time when the company is trying to cope with the situation of the temporary suspension of the 737 MAX flights after the two crashes in Indonesia and Ethiopia.

Dennis Muilenburg said that a “chain of events” has prompted airplane crashes by Lion Air and Ethiopian Airlines, with the erroneous activation of the flight stabilization system being the “common link” between the two.

The company continues to advance with the upgrading of the 737 MAX flight stabilization system to “prevent similar crashes ever happening”, added Dennis Muilenburg.

On Thursday, the Ethiopian authorities published a preliminary report on the plane crash of Ethiopian Airlines, which took place on March 10. This report finds a problem with the flight stabilization system.

“The preliminary report contains information provided by the flight recorders, according to which the so-called attack angle data fed to the aircraft by the fire probe was wrong, which triggered the automated flight stabilization system as was the case with Lion Air flights”, said Boeing in a statement after the release of the report.

Dennis Muilenburg also promised that when the 737 MAX airplanes fly again with the changes in the function of the Stabilization System, they will be the safest aircraft.

The causes of the defect that triggered the activation of the flight stabilization system in both aircraft crashes have not been established yet.

Last Monday, the US Federal Civil Aviation Administration said the first Boeing modifications to the Stabilization System were insufficient. On Wednesday, the government announced the creation of a joint action group including NASA and international civil aviation authorities. The group will evaluate the modifications made to 737 MAX.

Meanwhile, Ethiopian investigators have said that the full report of the disaster may be ready between 6 and 12 months and that the preliminary investigation has not identified any indication of damage caused by an external object. This clarification was made after the news of the bird that may have struck the airplane’s fire probe.

The Boeing 737 MAX is the latest version of the airline 737 aircraft dating back to the 1960s. Less than 400 airplanes of the MAX type have been delivered so far to airlines in the world. But Boeing has received orders for another 4,600 units.