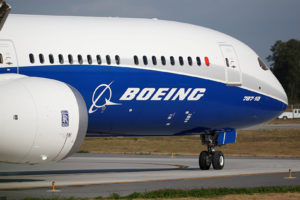 Following the crash of the Ethiopian Airlines plane Boeing 737 MAX and the suspension of aircraft flights around the world, appeared a lot of vicious practices and relations between the aircraft manufacturer and the Federal Aviation Agency (FAA).

Boeing Corporation has received broad powers in the aviation industry from the US Congress and the Washington administration due to its influence, connections and lobbying interests.

The aircraft manufacturer has spent decades to build up serious contacts throughout Washington. In addition, former high-ranking officials are on its board of directors. So, in 2018, Boeing spent 15 million USD on lobbying its interests in the US Congress, the Federal Aviation Administration (FAA) and other government departments. The company actively promoted the issue of weakening state supervision over its activities.

One of the last steps, in this case, was a bill passed by the Congress in 2018, which expanded, on the one hand, the corporation’s powers in the field of flight safety, and on the other, limited the capabilities of the FAA. The initiative allowed Boeing to make changes to a special technical code of practice, which describes the role of the FAA in the approval of aviation projects.

Lawmakers also approved an advisory committee with industry representatives. Its task is to set the parameters that the FAA should “apply and monitor”. The law also requires “to eliminate delays in certification and reduction of processing time” – from the filing of an application to its approval. The discussion of such changes lasted for years.

Already, after two accidents involving the Boeing 737 MAX series, investigators are checking whether the FAA managed to properly monitor Boeing.

An interesting fact is the FAA grounded all Boeing 737 MAX just after serious political pressure, almost a week after the crash of Ethiopian Airlines flight ET302, killing all the 157 people on board.