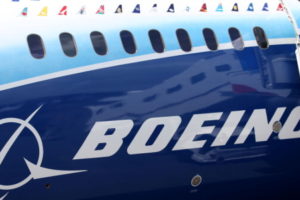 A week before the Farnborough International Airshow in the UK, where airlines usually make orders, Boeing reported an increase in orders of over 7%. Demand has risen mainly due to the best-selling aircraft Boeing 737. Since the beginning of the year, Boeing’s orders have twice exceeded orders to European rival Airbus SE. The airlines continue looking for more fuel-efficient aircraft.

In the first half of the year, the American aircraft manufacturer received orders fort 460 airliners and the European company for 206 machines.

At the same time, Boeing informed that its own financial group, Boeing Capital Corp, has acquired 75 aircraft 737-max for an unnamed buyer. This suggests that the company was obliged to help with organizing the financing of the deal. Such transactions are usually not on Boeing’s balance sheet but are sold to other lessors.

Boeing said they intend to deliver 810-815 commercial airplanes in 2018. This is 6.8% more than the record 763 aircraft delivered in 2017, ahead of Airbus for the sixth consecutive year.

Airbus forecasts deliver around 800 aircraft for the entire 2018.