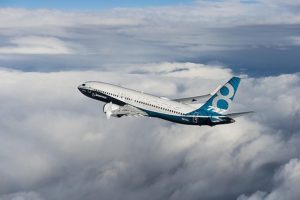 The aircraft manufacturer Boeing predicts demand of 1,230 new aircraft worth 140 billion USD by the air carriers of Russia and the CIS in the next 20 years, according to the Regional Marketing Director of Boeing in Russia and the CIS, Maxim Nilov.

“After several years, characterized by a significant decline in oil prices and geopolitical instability, Russia and the CIS countries experience a moderate economic recovery. It is expected that the annual GDP growth will return to positive values ​​in 2017, with an average annual growth of 2 percent in the long term”, said Maxim Nilov.

Positive economic changes that we observe contribute to the improvement of the forecast for the aviation industry of the CIS countries. The demand for air transportation in this region has improved markedly both in the business segment and in the personal travel segment. In the first half of this year, Russia already has a 20% growth in passenger traffic.