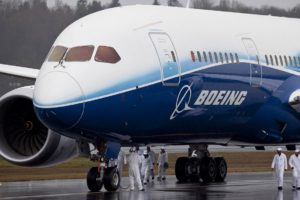 The employees of the US aircraft manufacturer Boeing in Washington will receive incentive bonuses totaling nearly 429 million USD. The amount is almost half of the total 886 million USD in bonuses being paid companywide.

In 2018, Boeing added almost 4,000 jobs in Washington state and nearly 9,000 companywide, the aerospace giant’s first employment increase in six years. Those numbers represent the net gains after retirements and other departures.

The average amount of the bonuses to all 123,600 employees worldwide is nearly 7,200 USD. The figure includes bonuses for all employees except company executives, who have separate incentive schemes.

The company’s performance-based incentive plans mean bonuses for most employee groups — managers, plus nonunion and unionized white-collar staff — will pay 166% of the target payout on February 21.

The percentage figure is based on the company’s strong 2018 financial performance, though short of the maximum payout of 200 percent and lower than last year’s figure of 187%.

Boeing Company is an American multinational corporation that designs, manufactures, and sells airplanes, rotorcraft, rockets, satellites, and missiles worldwide. The company also provides leasing and product support services. Boeing is among the largest global aircraft manufacturers; it is the fifth-largest defense contractor in the world based on 2017 revenue and is the largest exporter in the United States by dollar value.