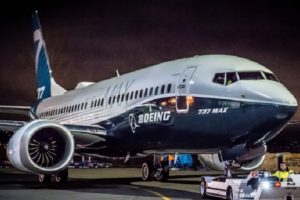 Boeing has vowed to upgrade the software on its 737 MAX 8. The aircraft has been at the center of safety concerns after two crashes in five months. The upgrade aims, according to the company, “to make an already safe aircraft even safer” and would be installed across all the 737 MAX aircraft “in the coming weeks”.

The US Federal Aviation Authority has taken a more cautious approach, arguing that the similarities between the Indonesian and the Ethiopian crashes, to which many experts and regulators have been pointing, have yet to be proven or otherwise by the results of an investigation still in its early stages. While reaffirming 737 MAX’s airworthiness, the FAA demanded Boeing make mandatory improvements to its flight control software, which is alleged to have malfunctioned and become the ultimate cause of the Lion Air Flight 610 crash on October, 29.

There are approximately 350 Boeing 737 Max 8 aircraft in operation worldwide, being flown by 54 operators, according to the US Federal Aviation Administration (FAA).