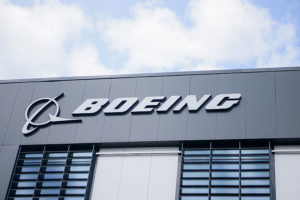 The Boeing’s shareholder Richard Seeks submitted a lawsuit against the company for concealing security problems with 737 MAX aircraft. He argues that Boeing should have told investors about safety problems with its bestselling plane after a fatal crash in October. The federal suit also named Boeing CEO Dennis Muilenburg and the chief financial officer, Gregory Smith, as defendants.

The suit filed in U.S. District Court for the Northern District of Illinois seeks class-action status for all Boeing shareholders who bought stock between January 8 and March 21.

The investors have suffered heavy losses due to the failure of some countries to order aircraft of this model.

On March 10, Ethiopian Airlines Boeing 737 MAX-8, operating flight ET302, crashed shortly after taking off from Addis Ababa, killing all the 157 people on board. The exact causes of the crash have not yet been established, but the aircraft 737 MAX was grounded and the manufacturer halved its orders in Q1 2019. Boeing suffered loses and lost about 10% of its market capitalization.

On April 5, the US aircraft manufacturer said it planned to cut monthly 737 production to 42 planes from 52, and was making progress on a 737 MAX software update to prevent further accidents.