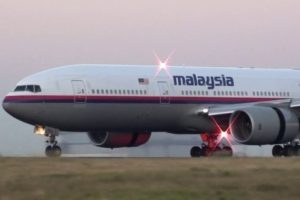 Boeing signed memorandum of understanding with the Malaysia Airlines for delivery of 16 aircraft, including 8 wide-body 787 Dreamliners and 8 narrow-body 737 MAXs. The finance details of the agreement were not disclosed, but planes are worth 3.06 billion USD at list prices that exclude customary discounts.

Malaysia Airlines may double an order of 25 of the single-aisle 737 Max 10 over the next five years, according to the Malaysian Prime Minister Najib Razak, who met with US President Donald Trump.

Boeing declined to comment on Najib’s numbers. Malaysia Airlines in 2016 signed a deal to buy up to 50 737 MAX aircraft, which included 25 firm orders and 25 purchase rights.

Malaysia Airlines Berhad is a major airline operating flights from Kuala Lumpur International Airport and from secondary hubs in Kota Kinabalu and Kuching to destinations throughout Asia, Oceania and Europe. Malaysia Airlines is the flag carrier of Malaysia and a member of the oneworld airline alliance. The company’s headquarters are located at Kuala Lumpur International Airport.