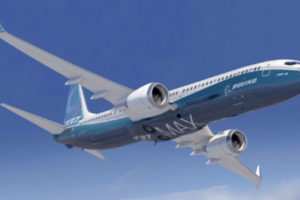 Boeing posted solid aircraft order activity in the first two months of the year, while its main rival Airbus shrank significantly its backlog due to order cancellations. Airbus won the competition in the last month of the quarter, offsetting some of the order cancellations it suffered earlier in the year. Nevertheless, Boeing still topped its European rival in terms of net commercial aircraft orders for the month of March.

In March, Airbus booked 58 orders, offset by 17 cancellations, with 38 of the 58 being for Airbus A350s, an aircraft family that has faced a steadily shrinking backlog in recent years. The largest order of the month came from Lufthansa, which ordered 20 additional A350-900s. That’s in contrast to all of the cancellations related to A320neo-family aircraft, which Airbus has a backlog of nearly 6,000 unfilled orders.

Airbus also finalized a second big A350 order in March, winning a deal for five A350-900s and 12 A350-1000s from Taiwanese start-up STARLUX Airlines. However, airline start-ups have a notoriously high failure rate, so there’s a risk that this order will eventually disappear.

Meanwhile, Boeing had another solid month of order activity in March.

Like its top rival, Boeing benefited from Lufthansa’s fleet renewal plan last month, capturing a firm order for 20 787-9 Dreamliners. It also finalized a second major widebody order: a deal to sell 18 777-9s to British Airways, which was first announced in late February. DHL ordered two 777 freighters as well, helping Boeing reinforce its backlog of current-generation 777s to ensure a smooth transition to its next-generation models (including the 777-9) over the next few years.

Boeing’s order performance last quarter was certainly impressive, but the current grounding of the 737 MAX will make it hard to build on that momentum.