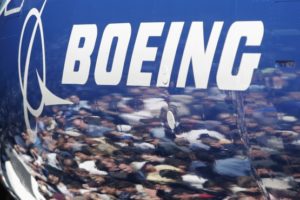 By the end of this year, Boeing will deliver a 2000th plane to China. This was announced by the American aircraft manufacturer at the 12th China International Air Show, Airshow China 2018, held in Zhuhai, Guangdong Province.

“In the first three quarters of 2018, Boeing delivered 153 aircraft to Chinese airlines”, said Rick Anderson, the company’s deputy president for sales in Northeast Asia. He also said that for 6 years in a row the number of aircraft of the company supplied to China has exceeded 140, which indicates a high demand in China’s aviation market.

In 1972, China ordered 10 Boeing 707 aircraft from the company, which marked the entry of the American aircraft manufacturer into the PRC market. In March 2013, the 1000th Boeing aircraft was delivered to China, making China the first overseas market to which the company delivered 1,000 aircraft.

Meanwhile, Boeing warned that October aircraft deliveries to airlines worldwide would be lower than normal as the world’s largest planemaker continues to be dogged by supplier delays on engines and other components. Boeing is expected to release its orders and deliveries figures for October next week. Deliveries are a closely watched metric since that is the point when airlines pay the bulk of the money for a new jetliner.