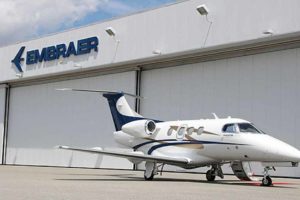 Brazilian President Jair Bolsonaro believes that a deal between Embraer, a Brazilian aircraft manufacturer, and Boeing, a US corporation, is necessary, but fears the loss of national wealth.

“This merger would be very good, but we fear that in five years everything will go the other side. And this is about our wealth”, said Jair Bolsonaro. “We are aware of the need for this merger in order for Embraer, in particular, to be competitive”, added the US President.

He did not specify when he will make the final decision on the fate of the agreement between aircraft manufacturers, as the government of the South American country has the right of veto in this matter.

On December 17, Embraer and Boeing agreed on the terms of a joint venture (JV) deal. In accordance with this agreement, the value of the new joint venture, which will deal with the construction of exclusively civil aircraft (the Embraer military division will not be affected), will reach 5.26 billion USD. It is assumed that 80% of the future company’s shares will belong to Boeing, and 20% – to Embraer.