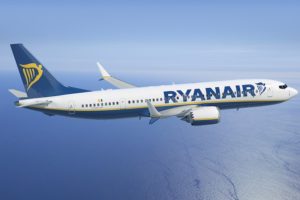 Brexit may disrupt air traffic with Europe and USA. The ongoing negotiations between London and Brussels on the terms of Brexit should determine whether the UK will continue to participate in an open skies treaty that allows airlines to fly freely throughout Europe and the United States. Thus, if the deal is not reached, air traffic controllers can cancel tickets purchased by passengers in advance after March 2018.

“We will abolish flights, we will disrupt people’s holidays in the summer of 2019”, says the publication of the executive director of the Irish airline Ryanair, Michael O’Leary.

The British government proposes to withdraw from the treaty on the open sky, the basis of which lies the decisions of the European Court, on whose influence Brexit seeks to get rid of London. The airline executives have already told the government that this is a problem, if can not legally fly to the EU, it is not possible to send flights.

Official negotiations between London and Brussels on the conditions on which the UK will leave the EU began on June 19 in the Belgian capital – almost a year after the Brexit referendum, where 51.9% of the voters were against European integration.

Negotiations should last until November 2018, after which the parties will have six months to ratify the agreements reached in national parliaments.