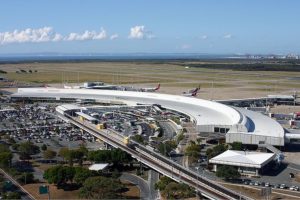 Brisbane International Airport in Australia stopped working after one of the passengers announced that he had a bomb and a knife, and the passengers were evacuated.

The incident occurred on Saturday night. A man entered the airport building with a metal box and declared that he had a bomb and a knife. Eyewitnesses to the incident reported that the perpetrator of the incident was waving several knives. After that, the police announced the evacuation, all flights, and trains to the airport were canceled.

The man was detained and sent to the police station for interrogation. A police spokesman said later that the incident was not related to terrorism. Whether the culprit had a commotion of explosives, not reported.

Passengers were asked to follow the airport’s board for flight information.

Brisbane Airport is the primary international airport serving Brisbane and South East Queensland. The airport services 31 airlines flying to 50 domestic and 29 international destinations, in total amounting in more than 22.7 million passengers who traveled through the airport in 2016. In 2016, an OAG report named Brisbane airport as the fifth-best performing large-sized airport in the world for on-time performance with 86.71% of arrivals and departures occurring within 15 minutes of their scheduled times, slipping from 88.31% the year before. Brisbane Airport is a major hub for Virgin Australia and a secondary hub for both Qantas and its low-cost subsidiary Jetstar.