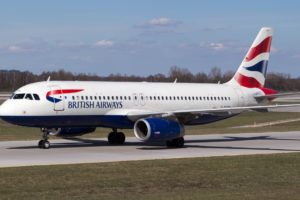 British Airways plane Airbus A320-200 suffered hydraulic failure during climbing from Berlin Tegel airport in Germany. The aircraft was on flight from Berlin to London Heathrow, but the pilot decided to return to Tegel, where landed safely several minutes later. The flight was cancelled, the passengers were rebooked onto another flight the following day. The British Airways plane Airbus A320-200 remained on the ground for more than 2 days after until the technical problem being resolved and the safety inspection was completed.

During the incident there were no reported injuries or damages to the aircraft. The investigation for the root cause and circumstances around the hydraulic failure is under investigation.

The operations of Berlin Tegel airport were not affected.

Airbus A320 is short- to medium-range, narrow-body, commercial passenger twin-engine jet airliner. The aircraft can accommodate up to 220 passengers. A320 was the first civil airliner to include a full digital fly-by-wire flight control system. At the time of the aircraft’s introduction, the behaviour of the fly-by-wire system equipped with full flight envelope protection was a new experience for many pilots.