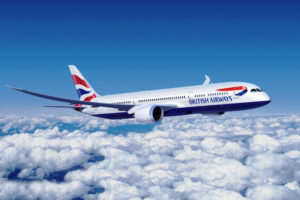 A representative of the British national air carrier British Airways, one of Europe’s largest airlines, denied rumors for closing its representative office in Moscow. The airline denied all rumors from withdrawing from Russia and confirmed that will keep its representation offices and flight from and to Russian capital.

“We have no plans to close the office in Moscow”, assured the representative of the airline.

Earlier it was reported for the closure of Moscow and St Petersburg offices of two airlines – British Airways and Iberia, members of the International Airlines Group (IAG). The information on the closure of offices in the two Russian capitals was confirmed in the airline Iberia.

British Airways has base in Moscow’s Domodedovo airport, from where it makes flights to London, New York, Paris, Madrid, Tokyo and other cities around the world – a total of 183 destinations. Of all the western airlines, it offers the widest choice of flights to Russia – to Moscow, St. Petersburg, Nizhny Novgorod, Rostov-on-Don, Kazan, Samara, Perm, Ufa and Krasnodar. British Airways has about 20 flights per week to London Heathrow from Moscow.

British Airways is the largest airline in the United Kingdom based on fleet size, or the second largest, behind easyJet, when measured by passengers carried. The airline is based in Waterside near its main hub at London Heathrow Airport.