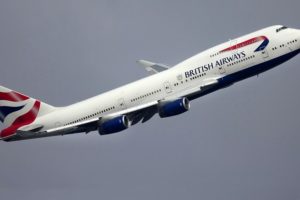 British Airways launched direct flights from London Heathrow to Sheremetyevo Airport in Moscow. Thus, flights on British airlines have become even more convenient for customers who live in the northern part of the capital of Russia or who want to be in the center or in the north of Moscow as soon as possible upon arrival.

Sheremetyevo Airport is located 29 kilometers north-west of the center of Moscow. Given the flight schedule of British Airways, passengers can still fly from Terminal 5 to Moscow in the early morning, in the middle of the morning, or at night. Airbus 321 will operate the new flight to Sheremetyevo. The schedule does not change significantly compared to the existing one. From October 28, the departure from London at 10:15, arriving at Sheremetyevo at 17:15 at Terminal E. Return departure at 18:35, arrival in London at 19:55.

“By changing one of our three daily flights to Sheremetyevo, we open the north of the city for our Russian customers and provide more opportunities for passengers from the UK who need to get to this part city ​​on arrival in Moscow”, said Joerg Tuensmeyer, British Airways’ head of sales in Europe. “We understand how valuable time is, especially for our business customers and frequent flyers, so this significant change for many will allow our passengers to spend more time in the lounge, solving work issues or relaxing”, added he.

“Flights to the UK are in high demand among business. London is the largest financial and business center in the world. We love and appreciate the British heritage and modern culture and are happy to assist in the development of mutually beneficial relations between the peoples of Russia and Great Britain. I am confident that the British Airways London-Moscow air bridge through Sheremetyevo Airport will be in demand and will become one of the most dynamic and popular routes of the airline”, said Denis Pashkovsky, Deputy General Director for Commercial Activities at Sheremetyevo International Airport.

British Airways is the flag carrier and the largest airline in the United Kingdom based on fleet size, or the second largest, behind easyJet, when measured by passengers carried. The airline is based in Waterside near its main hub at London Heathrow Airport. In January 2011 BA merged with Iberia, creating the International Airlines Group (IAG), a holding company registered in Madrid, Spain. IAG is the world’s third-largest airline group in terms of annual revenue and the second-largest in Europe. It is listed on the London Stock Exchange and in the FTSE 100 Index.