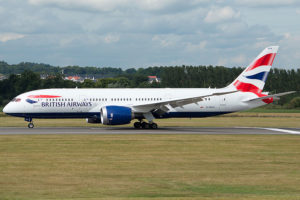 British Airways will resume flights to Pakistan, discontinued a decade ago for security reasons. Direct flights from London Heathrow Airport to Islamabad International Airport will start from June 15, 2019.

On Tuesday, joint press conferences were held by Robert Williams, head of the airline’s department for the Asia-Pacific region and the Middle East, Zulfi Bukhari, special assistant to the Prime Minister of Pakistan for Pakistani foreign affairs, and Abdul Razak Dawood, trade advisor.

“We fly somewhere only when we are sure of the safety of the flight”, said Robert Williams.

Flights will be operated on a Boeing 787 Dreamliner. British Airlines will schedule three flights a week.

In September 2008, after the explosion at the Marriott Hotel in Islamabad, which killed more than 40 people, British Airways suspended all flights to Pakistan. Before the attack, they were six a week.