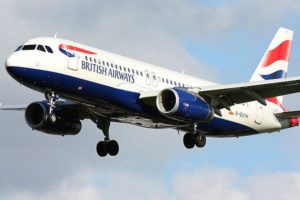 British Airways started testing biometric boarding at the airport in Los Angeles, USA. Now the passengers traveling on flights of an English carrier do not have to show a passport or boarding pass at the gate. A special device establishes the identity, reading the traits of the traveler.

According to the representatives of British Airways, thanks to the technology, boarding in aircraft will be much faster than now. In the Los Angeles airport, three new biometric boarding gates have already been set, in the future their number can be increased.

“Many of our passengers have already, one way or another, faced with biometric technologies and will gladly take this opportunity in the American airshow. In the future, we plan to start cooperation in this area with other air terminals in different countries”, said the director of brand and customer relations at British Airways, Carolina Martini.

British Airways is the largest airline in the United Kingdom based on fleet size, or the second largest, behind easyJet, when measured by passengers carried. The airline is based in Waterside near its main hub at London Heathrow Airport. In January 2011, British Airways merged with Iberia, creating the International Airlines Group (IAG), a holding company registered in Madrid, Spain. IAG is the world’s third-largest airline group in terms of annual revenue and the second-largest in Europe.