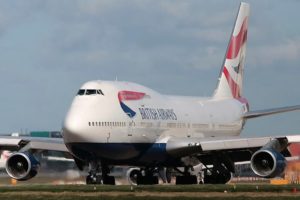 British Airways warned for serious inefficiency in the work of the British immigration service, which leads to large-scale delays at the country’s airports. The company applied to the UK government department responsible for immigration control (Home Office) and stated that in connection with the forthcoming Brexit “the UK never should prove to be a convenient place for travel”.

British Airways urged British border forces to increase the number of open border checkpoints at airports, so that travelers do not have to wait long time at the queue, sometimes for more than an hour, trying to get into the country. Such delays in the company were called “a terrible reception for guests and disappointment at the very beginning of their trip”.

According to the airline, in terminal 5 of Heathrow Airport, out of 29 eGates only one third are working, and even they close at 11 pm, although passengers continue to arrive.

“This is perceived as an insult when you are stuck in a queue, but you see numerous turnstiles that are simply not used”, the company notes in a statement.

British Airways advised the border service to pay more attention to ensuring that the needs of passengers are primarily met. “Providing the use of as many eGates as possible, not only speeds up the transition for passengers, but also reduces the waiting time for those customers who can not use eGates, including travelers with children under the age of 12”, the airline said.

British Airways is the largest airline in the United Kingdom based on fleet size, or the second largest, behind easyJet, when measured by passengers carried. The airline is based in Waterside near its main hub at London Heathrow Airport.