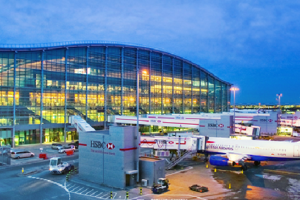 British MPs supported the controversial project on the construction of a third runway at Heathrow Airport. The government won the vote with 415 against 119 votes. The result came as MPs from the ruling Conservative Party were ordered to vote for the project, the Labor Party voted in conviction, although the official stance of the leadership was to oppose the expansion of the airport.

The MPs from the Scottish National Party abstained. The British branch of Greenpeace, however, said they would file a lawsuit against Heathrow’s third runway. From “Friends of the Earth” said that “MPs who have supported this climate-killer track will be harshly judged by the history”.

The lengthy debates in parliament were marked by the absence of Foreign Minister Boris Johnson, who is on a visit to Afghanistan. Johnson was accused of betrayal because he was considered one of the biggest enemies of the airport expansion, but now as a member of the cabinet deliberately escaped the vote.

The project is very controversial because, although it provides for at least 60,000 new jobs and large revenues, it is contrary to nature protection standards and does not respect the opinion of local residents.

The project is worth 14 billion GBP. The managers hope their realization will boost the economy of the country.