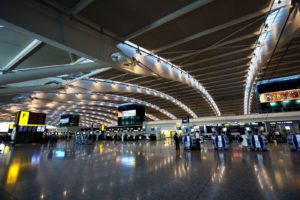 British police detained a man on the London Heathrow airport in the framework of the investigation of the terrorism attack in Manchester. This is stated in a message distributed on Wednesday by the police of Greater Manchester. The date of arrest is not specified. The police emphasize that the man is 38 years old, and that he was detained on suspicion of involvement in terrorist activities. The arrest was planned and there was no direct threat to the airport, according to the report.

“The man was arrested at Heathrow Airport in connection with the investigation of the terrorist attack at the Manchester Arena”, says the communique. The date of detention is not specified.

In the case of the terrorist attack in Manchester, a total of 19 people were detained, seven of whom are now under arrest.

The blast at the Manchester Arena indoor stadium thundered on the night of May 23 immediately after the performance of American pop singer Ariana Grande. The explosive device worked outside the concert hall in the foyer. Victims of the terrorist attack, carried out by a suicide bomber, were 22 people, 75 were injured.

Police reported that the perpetrator of the terrorist attack was the 22-year-old Salman Abedi, who was born in the United Kingdom in a family of refugees from Libya.