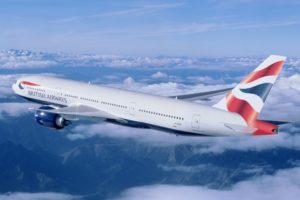 The British trade union calls for a public discussion of the problem of polluted air in the cabin of the aircraft, which can cause serious damage to the health of passengers and crew members.

The campaign began after a British airline was forced to return to Boston an hour and a half after takeoff, as several crew members became ill due to the unpleasant “toxic smell” on board. Ten employees were taken to the hospital, and three needed serious treatment. And this is not the first such case.

Toxic fumes – polluted air from aircraft engines – sometimes enter the cabin through the air conditioning system. It can cause serious health problems. Last year, passengers of one of the flights watched as flight attendants were even forced to wear special masks after detecting a “toxic smell”.

Contaminated air in the cabin of the liner can cause aerotoxic syndrome. Its main symptoms are nausea, dizziness, headache, problems with breathing and sight. Last year, 34-year-old crew member Matt Bass died from aerotoxic syndrome. The union believes that airline representatives underestimate the threat, the organization requires additional research.

“We do not operate the aircraft if we believe that it represents a threat to the health of our customers or the crew”, according to the airline representative. “We always urge our colleagues to report any safety hazards so that we can eliminate it. For many years, serious research has been conducted cleanliness of the air in the cabin. And they did not show that the presence of odours in the cabin could cause ill health in the future”, added he.

Meanwhile, a number of airlines in 2017 announced the use of new air filters in aircraft to reduce the risk of the emergence of aerotoxic syndrome.

Newer PostHamburg Airport cancelled 60 flights due to the strike of the ground support services
Older PostAircraft Cessna 414A Chancellor crashed in a residential area in Yorba Linda, California