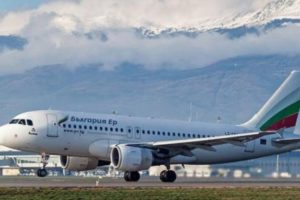 The national airline Bulgaria Air opens a new flight to Georgia. The airline will travel to Tbilisi four times a week. The line will be maintained through a codeshare contract with the Aegean Airlines. The flights between Sofia and Tbilisi will be with transfer in Athens and will take place on Wednesdays, Thursdays, Fridays and Sundays.

In addition to the Georgian capital, passengers can also take advantage of convenient flight connections between the Bulgarian capital and Yerevan, Beirut, Tel Aviv and Nice, again with a transfer in Athens.

Bulgaria Air is the flag carrier airline of Bulgaria, with its headquarters at Sofia Airport. The company is owned by Chimimport Inc and is a leader in terms of local market share. The airline operates short and medium haul aircraft to destinations in Europe, Middle East, and Russia, focus cities are Burgas and Varna. In 2016 the company carried 1,246,350 passengers on both scheduled and charter flights, a decrease of 2% compared to 2015. The number of operations decreased 0.5% from 4,697 in 2015 to 4,675 in 2016.