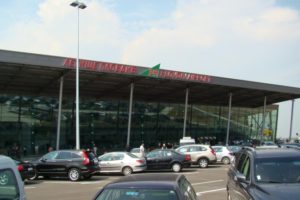 The Bulgarian Minister of Transport, Information Technology and Communications Rosen Zhelyazkov will propose to the Council of Ministers to terminate the concession procedure at Plovdiv Airport. It was won by a subsidiary of the troubled Chinese HNA Group, united with Plovdiv Airport Invest, but subsequently the Chinese investors withdrew from the concession. HNA Group sells properties abroad to deal with its huge debts.

On the second position in the tender was the consortium “Plovdiv Airport”, and after the withdrawal of HNA, the municipality also requested the concession.

However, Rosen Zhelyazkov will insist on a new procedure under the new Concessions Act. The previous procedure was carried out on already canceled texts.

Among the main arguments of the Ministry are the fact that the conclusion of a concession contract for a period of 35 years, to which the rules of the repealed law will apply and not the new EU rules on concessions, does not guarantee the sustainability and durability of the concession.

Plovdiv Airport is the airport of the second largest city in Bulgaria, Plovdiv and is the country’s 4th busiest behind Sofia, Burgas and Varna. It may be referred to as Plovdiv Krumovo Airport, after a small village located 6 km south-east away from the city on the main Plovdiv-Asenovgrad highway. Plovdiv airport serves the nearby ski resorts of Bansko, Pamporovo and Borovets, and therefore serves mainly charter flights, during the winter season from the end of December until March. The main traffic at present is charter flights to and from the United Kingdom and Russia. The airport also plays a vital role in case of emergencies and is sometimes used as an alternate for Sofia Airport, which is almost 150 km away or 1.5-hour drive on the Trakiya motorway.