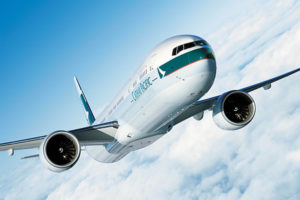 “We are very sorry for any concern this data security event may cause our passengers”, said the CEO of Cathay Pacific, Rupert Hogg. “We acted immediately to contain the event, commence a thorough investigation with the assistance of a leading cybersecurity firm, and to further strengthen our IT security measures”, added he.

Rupert Hogg added that the leak did not affect passengers’ passwords. The company contacted customers whose data were publicly available, and offered assistance in protecting personal information. Suspicious activity on Cathay Pacific servers was noted in March this year, the results of an investigation conducted later in May confirmed some leakage of personal data, but information about its size was not provided.

Founded in 1946, Cathay Pacific is a member of the Oneworld alliance. The airline has fleet of 173 airliners (including aircraft of the branch company Dragonair). The route network connects about 200 airports in 50 countries. In 2014, the company took the first place in the safety rating of air travel, which is the German research center JACDEC (Jet Airliner Crash Data Evaluation Center).