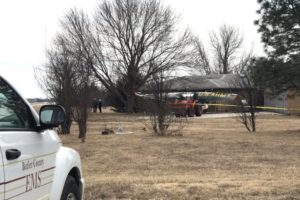 Aircraft Cessna L-19E Bird Dog crashed in a residential structure in Stearman Estates at Lloyd Stearman Field Airport in Benton, Kansas. The accident happened during a training flight with two pilots on board, one of whom received minor injuries. Fortunately, there were no victims on board and on the ground.

The trainee landed the aircraft Cessna L-19E Bird Dog on the airfield’s unpaved runway and lost control. The plane veered off to the southwest and hit the side of the house.

The emergency teams were sent at the scene of the accident. The crews worked to collect leaking fuel into containers before clearing the plane from the house. There was no subsequent fire after the crash.

Officials with the FAA arrived on scene to investigate the crash. The investigators confirmed that the pilot lost control of the plane when he tried to stop after landing on a runway.

Cessna L-19/O-1 Bird Dog was a liaison and observation aircraft. It was the first all-metal fixed-wing aircraft ordered for and by the United States Army.