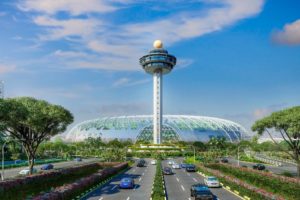 Airports are usually a symbol of long waiting, queues and a slight worry in waiting for the flight. There is one, however, which is certainly considered as the funniest airport in the world by thousands of tourists – Singapore’s Changi.

You will never be bored there, you will not even think of it. In Changi Airport, besides shops, there are gardens of plants and butterflies from all over the world, healthy restaurants, cinema, video games and entertainment, but also a spa. And the interior of some of the terminals will make you smile because the designers have used lots of imagination, plants and interesting elements. 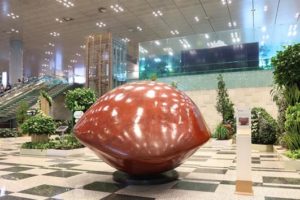 You can start with the garden, which is on the roof of Terminal 1. There are over 100 types of cactuses from Asia, Africa and America. The garden hosts also other representatives of the plant world, which make the place extremely beautiful. Here, tourists and travelers often drowse, take photos or drink something cold in the bar, which is located between the fine plants.

If go to the Terminal 2, you must see the Sunflower Garden. Here the walk is a real pleasure and also a useful activity because you take large doses of Vitamin D through the sun’s rays. The garden is attractive in the evening when special lighting is turned into a romantic and fragrant place. From here you can admire the majestic view of the airstrip. The beautiful flowers can also be found in the lounge of Terminal 2, where the orchid garden is located. It is home to 700 orchids of 30 species, grouped by colors and artistically representing the four elements – land, water, fire and air.

At the airport there are two cinema halls – in the transit zones of Terminals 2 and 3. The films are interesting and definitely in these salons you forget that you are at an airport. 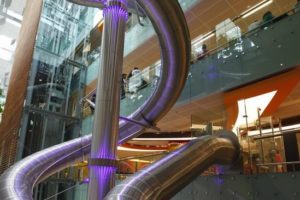 Video game manipulation should not worry because there is a special game room. There you can play on PlayStaytion 3, Xbox 360. At the same place there is a MTV booth, where 50 inches of plasma can watch and listen to your favorite music videos. The game area is level 3 on Terminal 2.

In the children’s areas of the airport, besides playgrounds and family facilities, interest also attracts a garden with lively perennials, which children enjoy and get rid of the stress before flight.

In the opinion of many travelers, Changi airport deserves to be a tourist destination because the time spent there is like a sightseeing tour.