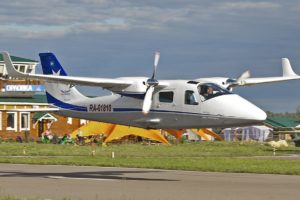 The Arbitration Court of the Chelyabinsk region has arrested 24 aircraft of the pilots training company Chel-Avia LLC following commercial compliant. The court decision follows from the filing of cases, on September 1, by the former founders of the company Ekaterina Novikova and Yuri Korotitsky on accepting provisional measures on the application for recovery of the actual value of the stake in the authorized capital was granted.

The court seized the property owned by Chel-Avia on the right of ownership, within the price of the claim 53.286 million rubles. This consisted of 24 two-seater all-metal single-engine low-planes. The Federal Air Transport Agency of the Russian Federation is prohibited from registering with these aircraft.

As previously reported by the “Southern Ural”, representatives of the Chelyabinsk Civil Aviation School leasing aircraft from an air company, argue that the arrest does not affect the training of pilots.

The airline Chel-Avia own fleet of more than 50 aircraft and helicopters of various types and we are the largest operator of small aircraft. The company is training pilots and performing aviation works.