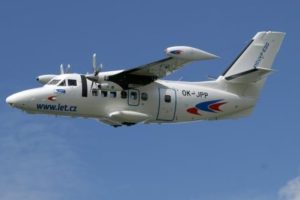 China and the Czech Republic presented 3D model and a full-size image of a single-engine turboprop cockpit, which will be developed in cooperation between the two countries. The model was presented at the 12th China International Air Show in Zhuhai.

According to the report, China and the Czech Republic launched this important aviation cooperation project within the framework of the “One Belt, One Road” initiative.

The total investment in the project will be about 100 million EUR. This is a new type of aircraft, equipped with a single turboprop engine. The two countries will work together on its development, design, production and sale.

Production of nine-seat aircraft will begin in 2020 in the city of Zigong in the Sichuan province in southwest China.

The executive secretary of the Sino-Czech Aviation Association, Lyu Kai, said that the project not only strengthens the research and development capabilities of the two countries, but also allows the creation of a high-level industrial cluster for the two countries.