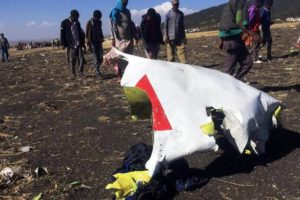 China’s Civil Administration Directorate based its decision on the aviation accident of Ethiopian Airlines, as well as the crash of another aircraft of the Indonesian company Lion Air in October last year. The ban enters into force at 18.00 local time today (10.00 GMT).

Currently, Chinese companies have about 60 Boeing 737 MAX. According to the Chinese agency specializing in economics and finance, many flights that would have to use the Boeing 737 MAX aircraft would instead be operated by the 737-800 models.

Ethiopian Airlines have also decided that their Boeing 737 MAX 8 aircraft will remain on the ground until a second order.

“Although we do not yet know the causes of the crash, we decided to stop the flights of this particular model as an additional precaution”, says the statement of Ethiopian Airlines. The airline operates four similar aircraft, not counting the crash yesterday.