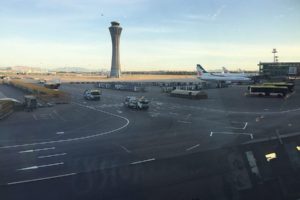 The Civil Aviation Authority of China for the first time organized a test flight of the aircraft with visibility on the runway at 90 meters. The success of the takeoff symbolized that 80% of difficulties relating to the low-visibility takeoff will be solved, which can further guarantee the regularity of the flights.

According to the aviation authority, the test flight of the aircraft using the Head-Up Display (HUD) indicator on the windshield took place on Tuesday night in Beijing Capital International Airport.

This work is aimed at solving the problem with the departure of aircraft from the airport in difficult meteorological conditions. As recalled in the department, last year was carried out a similar take-off with visibility of 150 meters.

In the future, Beijing Capital International Airport is expected to receive from the aviation authorities IIIA Category Compliance Certificate, which will allow it to operate the runways with visibility of at least 175 meters.