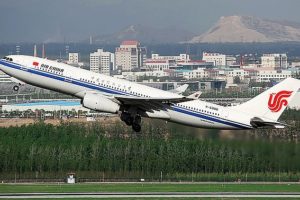 China will create a three-tier system of civil aviation flight services in low-altitude airspace by 2020. The plan of the Civil Aviation Administration of China (CAAC) aims to facilitate the quality development of the industry.

The current system of flight control services in the low-altitude space is not able to effectively develop and use the airspace of countries and therefore these innovations are necessary. This is an important component of the national civil aviation reform of the PRC, which is crucial for the development of the industry as a whole.

In recent years, Chinese authorities have been active in opening up the country’s low-altitude aviation space. In 2010, the State Council of the People’s Republic of China issued a document regulating the classification of airspace at various altitudes. In 2014, China set the indicator for low-altitude flights at a distance of 1,000 m from the earth, and in 2016 in several cities, including Shenyang, Guangzhou and Changchun, the airspace for civil aviation was opened at an altitude of 3,000 meters.

According to the management, at the end of 2017, there were 58 airlines in the country, providing routes to more than 4,400 destinations. There are 229 certified airports in China, and the civil aviation fleet is 3,296 aircraft. According to official statistics, the revenue of China’s civil aviation industry in 2017 increased by 15.3% year-on-year and amounted to 746 billion CNY (about 117 billion USD). According to the ministry, by 2020 this figure will exceed 1 trillion CNY (about 144 billion USD).