Earlier this month, Beijing said it would sanction US defense companies that do business with Taiwan, and announced military drills in the Taiwan Strait, after Washington approved a $ 2.2 billion arms deal with the island nation, that China considers a dissident province.

The new J-20 stealth air superiority fighter from China has been deployed in the command of the Eastern theater, the military region of the People’s Liberation Army that borders Taiwan, South China Morning Post reported, citing the media in Chinese language and social media accounts of the Popular Liberation. Army Air Force.

Earlier this week, PLAAF posted a photo on social media that shows a J-20, number # 62001, which joins the operations of the ninth brigade in Wuhu. The front line aviation unit had already received between two and four J-20s as of October 2018.

The People’s Liberation Army (EPL) Air Force of China first released a photo of a J-20 stealth fighter plane showing the serial number of a combat unit, indicating that the fighter plane has ended the trials and has become a powerful war plane that protects the country.

On Wednesday, the Air Force Air Force published a photo titled “An Air Force J-20 fighter performs real combat training,” along with a statement that presents its growing strategic capability.

Although the fighter plane has been seen in photos and videos previously published, Wednesday’s photo caught the eye, as it showed a J-20 with the tail number 62001. 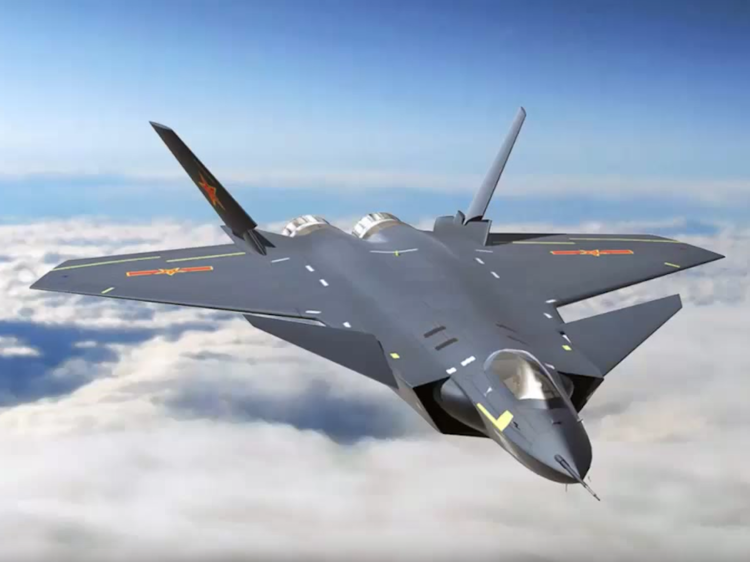 This is the first time a J-20 is seen with a queue number that begins with a “6”. Weihutang, a program on military affairs affiliated with China Central Television, reported on Friday, noting that the J-20 numbers that were seen earlier began. with a “7”.

According to the tradition of the PLA Air Force, the numbers beginning with “7” indicate aircraft connected to a test unit, while “6” indicates that the J-20 is affiliated with a combat unit under the Command of the PLA Oriental Theater, said Ordnance Industry Science Technology. A Xi’an-based periodic publication about the national defense industry, in an article published in their WeChat account on Friday.

This suggests that the J-20 is already in combat service, becoming an important new force to safeguard the skies of China, the magazine said.

In February 2018, the PLA Air Force announced that the J-20 had been commissioned in its combat troops, but so far no photo of him had been published.

The release of the photo of a J-20 with a “6” in the queue also indicates that the combat troops have dominated the fighter plane, Chinese analysts said.

Fu Qianshao, an air defense expert from China, told the Global Times on Sunday that training in a combat unit is different from that of a test unit.

Although the exploration of specific capabilities in the training of the test unit is likely to be emphasized, the focus of training in a combat unit includes tactical practice, Fu said, noting that a training program is also likely to have been completed. and a maintenance manual for the aircraft.

Fu believes that the J-20 is now more sophisticated than the US F-35. UU.

The J-20 is listed in China’s latest national defense white paper as one of the new high-tech weapons that the Chinese army has commissioned.

Fu said the aircraft will be mass produced and improved in the future. Its engines, aerodynamic design, weapons and electronic systems, including radar, avionics and flight control system could be updated, he said.

The public could get to see the J-20 in flight if they fly over Tiananmen Square in Beijing during a parade scheduled to celebrate the 70th anniversary of the founding of the People’s Republic on October 1, analysts predicted.