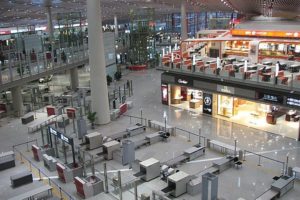 China established a network of 844 international air routes, connecting 167 cities in 61 countries. This was reported by the Civil Aviation Administration of China. According to the report, as China pursued a policy of reform and opening up, an important breakthrough was achieved in the Chinese industry of international air transportation: the number of starting points increased and the network of air routes expanded.

To date, China has signed intergovernmental agreements or established communications in the field of civil aviation with 125 countries and regions. In 1978, this indicator was 34.

The civil aviation also contributes to connecting with countries along the “One Belt, One Road” initiative. This summer, 29 Chinese airlines served scheduled flights in 47 Chinese cities and 81 cities in the Belt and Road countries. The number of weekly flights reached 2,849.

During the same period, 90 airlines in 37 countries, “One Belt, One Road” initiative, provided air transportation services between 84 foreign and 52 Chinese cities. In a week more than 2,346 flights were made.