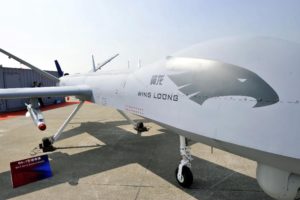 The Civil Aviation Administration of China launched the first dispatcher system for drones in the cities of Shenzhen in Guangdong Province. The system provides rapid approval of the flight plan of the drone, the adjustment of routes in real time, as well as the rapid identification of drones. The UAV operators in Shenzhen can register in the system and apply for a flight using the UTMISS portal.

The gradual decline in the cost of light civilian UAVs, such devices is becoming more widespread. The experts believe that in the near future, the UAVs will be enough to begin to pose a danger to manned aircraft and other drones. This means that in the near future there should be a need for a system that monitors and manages the joint flights of manned and unmanned aircraft.

The Civil Aviation Administration can exchange information with military and civil aviation flight control systems. Other details about the system launched in pilot mode are not specified. In particular, it is unclear whether the new system requires any modification of the drones so that they can follow the instructions of the automatic dispatcher.

Meanwhile, in the near future over the Gulf of Finland, as well as in the cities of Finland and Estonia, it is planned to test the European dispatcher system for drones. They are organized by the European consortium SESAR Joint Undertaking. Tests of the system will be conducted with simulated airspace above the city. Under the control of the automatic dispatching system, the UAVs will have to complete several tasks, including the delivery of a package over a long distance.

The demonstration tests of the own dispatching system are also planned by the Russian developers from the concern “International Air Navigation Systems” and the scientific enterprise “Digital Radio Engineering Systems”. Trials are scheduled for November 29, 2018.