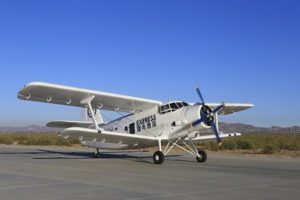 The world’s largest unmanned transport aircraft successfully passed the first flight tests in China. According to the news, the plane took off on Tuesday from the runway at the test site in the city of Baotou in the autonomous region of Inner Mongolia.

The Ceyhun 98 (Flying Swan 98) was designed and built on the basis of the prototype Yun 5B transport aircraft by the Chinese Space Science and Technology Corporation (CASC). It uses the latest unmanned aircraft control system developed by CASC.

The maximum take-off weight of the Ceyhun 98 is about 2.5 tons, the cargo hold is 15 cub m, carrying capacity – 1.5 tons. The aircraft was designed to fly at a maximum altitude of up to 4,500 meters with a cruising speed of 180 km/h. Without refueling, Ceyhun 98 can cover a distance of up to 1,200 km. For take-off and landing, the aircraft needs runway of 150 m, which makes it possible to use it for the transportation of goods in areas with difficult terrain.

The aircraft is capable of carrying cargo both civil and military.