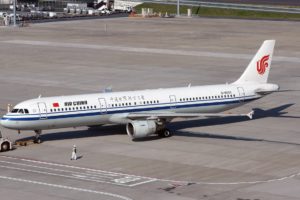 Chinese national postal operator China Post has chosen the German airport Hannover-Langenhagen to host its headquarters in Europe. From here, the corporation intends to serve the growing volume of shipments between China and Europe, and above all, the supply of European goods purchased through the Internet by Chinese consumers. In the first stage, starting this summer, China Post will send two flights per week from Hanover to Shanghai. The frequency of service is then supposed to be increased to three per week and even, perhaps, to daily shipments.

“We chose Hannover Airport because of its location in the center of Europe”, said the head of China Post, Li Guohua. “However, we are also considering options for location of headquarters in France, the UK and the Netherlands”, added he.

The agreement between China Post and the government of Lower Saxony is the latest in a whole series of investment projects and projects to expand the service of Chinese companies in Europe, many of which are due to the rapid development of electronic commerce between China and Europe.

An year ago, the Chinese company HNA purchased the Frankfurt-Khan airport from the government of the federal state of Rhineland-Palatinate.

At the end of 2016, STO Express, a key provider of logistics services for the Chinese Internet corporation Alibaba, launched a weekly service for the air delivery of consignments between Hong Kong and Prague. In March of this year, STO Express established a center for its European operations in Brescia in northern Italy and launched a regular service from Hong Kong, operated by the Italian air carrier SW Italia, affiliated with Azerbaijan’s Silk Way Airlines. STO Express said that Brescia will become one of the most important centers serving the delivery of Internet purchases from China to Europe.

Last month, YTO Express (also logistics provider of Alibaba) announced plans to launch global expansion and by 2020 “to become the largest Chinese operator of express delivery in the international market”, using as a springboard the acquisition of the Hong Kong logistics company On Time Logistics (OTEL). The expansion plan of YTO provides for large-scale investments in the purchase of new aircraft for the development of the business of air cargo transportation.