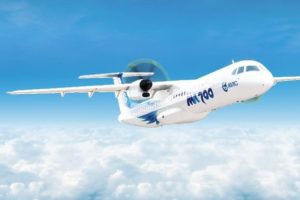 As stated by the aviation company AVIC, the details of the flaps and doors of the cargo compartment of the aircraft will be produced by the companies AVIC Aircraft and AVIC SAC Commercial Aircraft Co. The aircraft manufacturer started developing Xinzhou-700 in 2013 with the aim of claiming a larger share of the global market.

Xinzhou-700 will be designed to carry 78-85 passengers. The maximum take-off weight is 27.6 tons, the maximum commercial load is 8.6 tons. To date, 11 customers have placed orders for 185 new aircraft.

It is expected that the first flight of Xinzhou-700 will take place in November 2019, and in 2021 the aircraft will be certified and will enter the market.