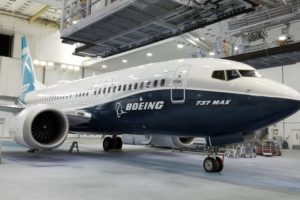 China will surpass the United States as the largest airline market in the world and will drive huge growth in airplane sales, according to report of the world’s largest aircraft manufacturer Boeing.

The industry report predicts that airlines will need 42,700 aircraft over the next two decades, which is 3% more than last year’s forecast. At today’s sales prices the total demand is estimated at 6.3 trillion USD. Despite the commercial tensions, the aircraft demand is far from its end. Boeing and Airbus factories have been busy for years ahead.

Last week, Russian airline Volga Dnepr reached an agreement to buy aircraft worth 11.8 billion USD at list prices, while Airbus announced a pre-deal with an unnamed buyer for 100 of its A320 models. The US Leasing Company, Air Lease Corp announced that it would order 78 aircraft from Boeing for 9.6 billion USD.

Boeing’s optimistic forecast highlights how important is China for the aircraft industry. Every fourth aircraft of the company was a Chinese buyer last year.

The company also expects a growth in commodity transfers thanks to e-commerce, with Chinese traders and consumers responsible for the biggest growth.