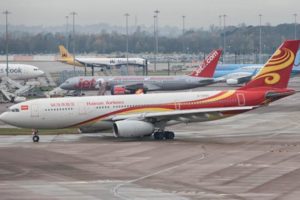 For the week during the National Day of the People’s Republic of China, which is known as Golden Week (October 1-7), the local airlines operated over 111,000 flights, which is 6.1% more than in the same period last year. During the week of the national holidays, 12.3 million passengers were transported, which represents an increase of 8.7%.

According to the Civil Aviation Authority of China, on the days of the holiday, air carriers, on average, performed 15,846 flights per day. Almost 93% of them were met according to the established schedule, which is 8.4 percentage points higher than last year’s level. On average, 85% of the seats in the cabin were occupied.

Close to 700 million people in China are expected to travel during the country’s National Day holidays, known as the Golden Week, which kicked off on Sunday (October 1). That’s about half the country’s nearly 1.4 billion population.