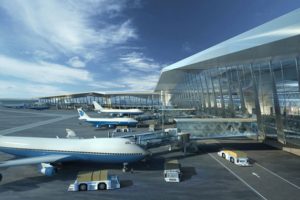 Eleven of the fastest growing airports in the world (in terms of passengers) are located in China. Across China, people are more eager to travel: The China National Tourism Administration reported a 3.7-percent growth in inbound and outbound visits in 2017, for a total of 270 million people.

Analysts from aviation consultancy ASM said that China’s rapid growth could be attributed to the fact that air travel is becoming “easier and cheaper” across the country as new airlines enter the market and established airlines expand their reach.

Ultimately, many of China’s currently fastest-growing airports may continue to have a very limited global footprint in terms of direct flight connections—especially beyond Asia. However, that’s not to say that their rapid rise to prominence in Chinese domestic travel won’t have repercussions for the international tourism industry. On the contrary, these are exciting feeder cities that will bring Chinese travelers from Chinese lower-tier cities to international destinations via transfers at China’s more globally-oriented major airports.