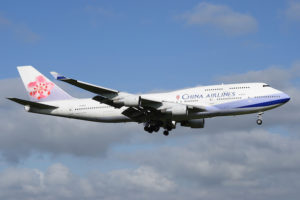 There is a constant rapid growth of civil aviation in China with a commercial fleet of aircraft reaching 3,639 aircraft by the end of 2018. This is stated by the Civil Aviation Authority of China. The aircraft number is 343 units more than at the end of 2017.

At present, China is the second largest civil aviation market in the world. According to the forecast of the International Air Transport Association (IATA), by the mid-2020s, China promises to become even the leader in the world.

According to this analysis, with the development of China’s economy, tourism and logistics industry, the demand for civil aircraft is rising in China. In 2018, the air passenger volume and air freight volume in China reached 610 million and 7,385,000 tons respectively, representing YOY increases of 10.9% and 4.6% respectively.

The data released by the Chinese government shows that at the end of 2018, there were 60 air transport enterprises and 423 general aviation enterprises in China. The number of air routes totaled 4,206, including 3,420 domestic ones and 786 international ones.