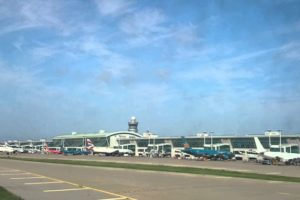 Chinese company starts building of the international airport in Pohara, Nepal. The construction and financing of the new airport will be covered by Chinese site. Construction of one of the three international airports in Nepal was preceded by 16 months of negotiations between the governments of the two countries. According to the agreements reached, the Chinese construction company China CAMC Engineering Co will build the complex.

According to the plans of the parties, the airport will be commissioned no later than July 2021. The length of the runway will be 2,500 m meters, the width will be 45 meters, which will allow Pohary Airport to accept short-haul aircraft, for example, Boeing 737 and Airbus A320.

Until 2023, two more international airports will be built and modernized in Nepal. All construction work will be carried out by Chinese companies.

As previously reported, the government of Nepal has decided to seek help from the Chinese government and China-sponsored Asian Bank for Infrastructure Investment to finance a program to combat poverty, which is planned to be deployed in 16 mountainous areas bordering China.